Has been alone more than five months since Carl Pei first told the world about Nada. Maybe it’s just the way time moves these days or maybe it’s the fact that the company has leaked information in the intervening months. Whatever the case, it seems we’ve been waiting for today’s Ear (1) full reveal forever.

It’s been a pretty smart strategy for a new consumer hardware startup, based on the built-in buzz / anticipation of Pei’s connection to OnePlus. We have covered several (but certainly not all) of the announcements between February and now and have pulled most of the jokes about his name out of our system. 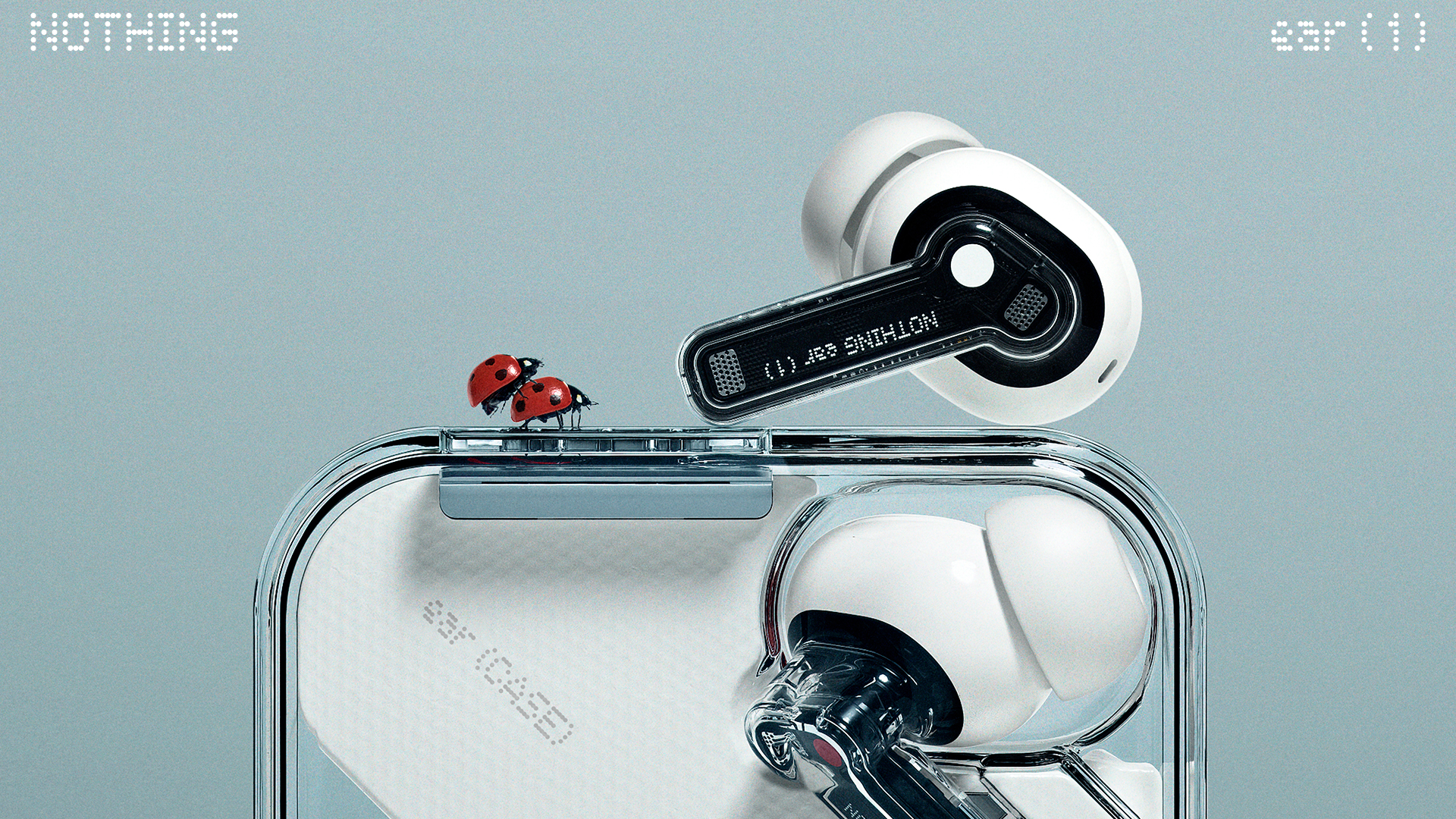 Frankly, the sheer volume of news that Nothing has released hasn’t left much to the imagination. Our interview with Pei revealed the price of the shoots ($ 99 USD), along with their noise cancellation. We recently captured a picture of the clear charging case and battery life (24 hours total with the case and ANC on, 36 hours without) via a StockX auction. In fact, the only thing left to reveal was the buds themselves (quite a large piece, no doubt).

In conversations I’ve had with Pei, the founder has emphasized aesthetics as a key differentiator. It is true that the message has been somewhat confusing due to the images that Nothing has decided to publish. The first image associated with the company and the product was actually the outline of the device’s PCB (printed circuit board). The second was an early concept that Pei said was inspired by his grandmother’s tobacco pipe. 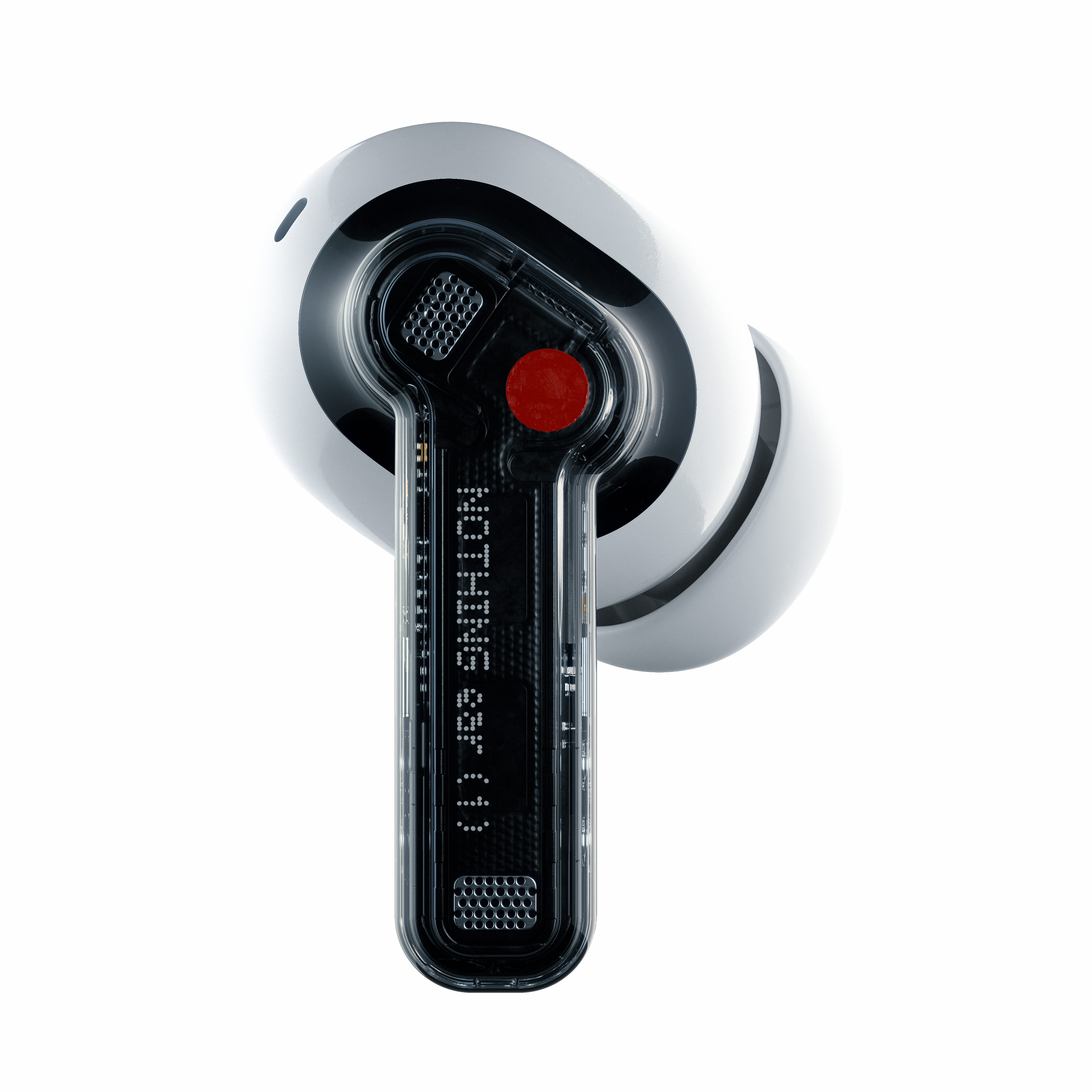 It’s clear that Nothing was interested in highlighting how much it iterated on this project before launch. In fact, Pei told me that such iterations were part of the reason the original product launch was delayed for a few months. For one thing, the company wanted Ear (1) to stand out from anything else on the market. On the other hand, there is an additional level of complications in making your device at least partially transparent. That means the interior, the components, and the glue that holds them together, should look just as good as the exterior.

One thing you can say almost immediately about the ear (1): nothing looks like them. From a form factor point of view, they look a lot like AirPods, with a long stem that falls from the buds. The stems themselves present most of the transparency of the product (setting aside the case for a moment). The yolk segment is opaque white, probably due to the fact that those insides are frankly more unsightly.

Each stem features a single color dot on the touch panel (red and white) to distinguish right from left. That’s a subtle nod to RCA cables, with red for the right and white for the left. Another nice aesthetic touch is the Nothing logo printed along the stem. The dotted text is a tribute to circuit board printing – it is an aesthetic that the company is using throughout its press material. Around the other side are two magnetic points that connect to the charging pins of the case. 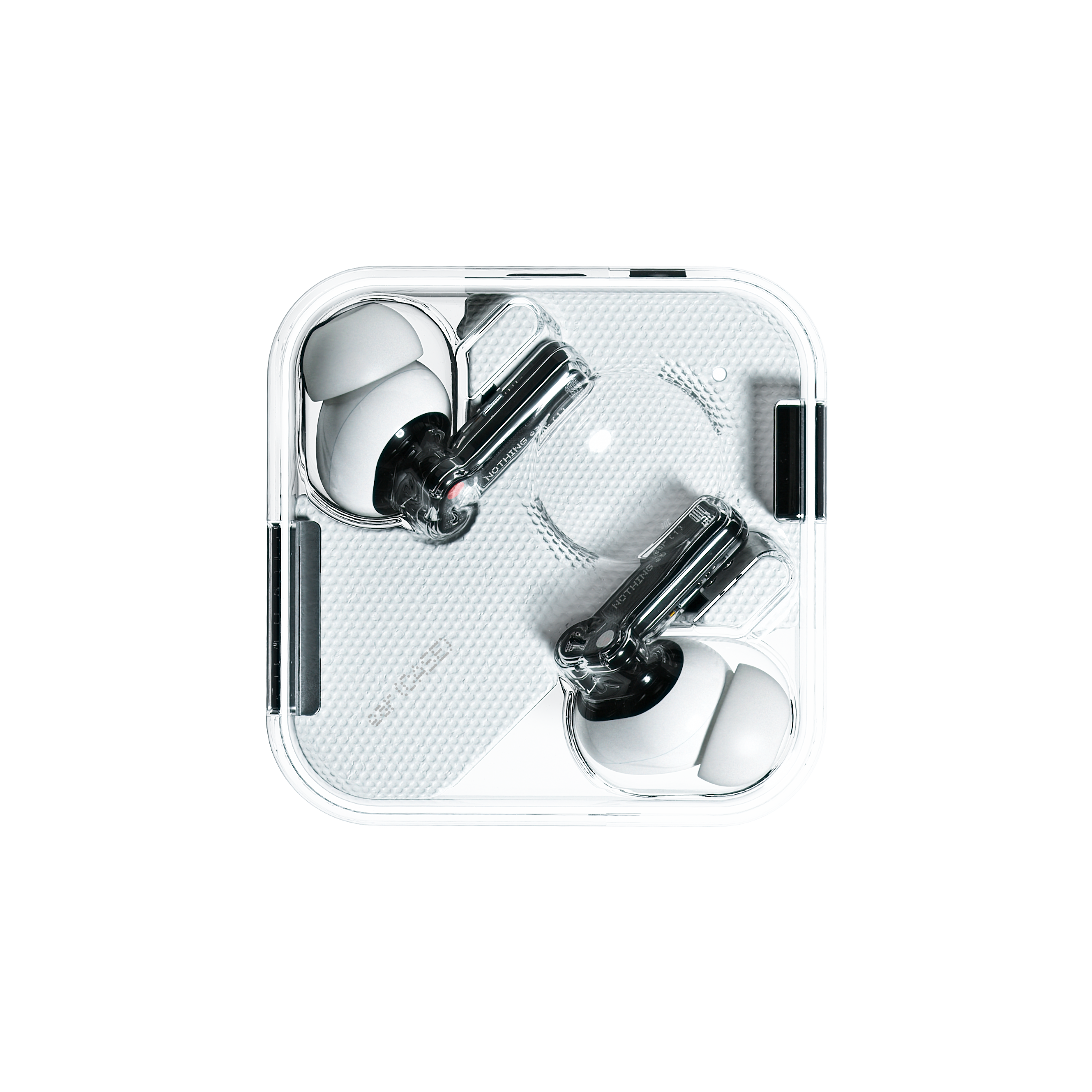 The case is made of transparent plastic, with a couple of points that keep the buds in place. A third large concave circle further secures the case and doubles as a thumb spot while holding it. A white stripe runs through the center of the case, again presumably covering some unsightly electronics.

The buttons themselves feature 11.6mm drivers and audio tuned by Teenage Engineering, which also served as the design team. There’s Bluetooth 5.2 on board and a trio of listening modes: active nose cancellation, light mode, and active transparency. A few other worthwhile features, including a built-in squeak to locate missing buds via the app.