BoxGroup has been quietly but diligently financing companies at an early stage for more than a decade. In fact, the 11-year-old company was the first investor in Plaid, a fintech company that almost sold to Visa last year for billions of dollars.

He’s seen a number of impressive starts over the years, proving an eye that can spot winners before the winners themselves know it. In fact, it is that initial faith in business that partner David Tisch believes has been key to BoxGroup’s success.

“If you are starting a business and you are going to raise money, that first is the hardest. And is that the one It gives you the confidence, the excitement, knowing that there is someone who is going to believe in this and give you money for it, ”partner David Tisch told TechCrunch. “We really try to pride ourselves on being the first yes on a regular basis. So the sooner we meet with the companies, the better. “

Today, BoxGroup announces that it has strengthened its war chest so that it can be that “first yes” to more companies with the closure of two new funds. for a total of $ 255 million of capital. BoxGroup Five is the company’s fifth early stage fund and aims to invest in emerging technology companies in the pre-seed and seed stages. BoxGroup Strive is your second chance fund that will support companies in their next follow-up rounds. Each fund amounts to $ 127.5 million.

Over the years, BoxGroup has made more than 300 investments, including having invested in early rounds of Ro, Plaid, Airtable, Workrise, Scopely, Bowery Farms, Ramp, Titan, Warby Parker, Classpass, Guideline and Glossier. He has had a series of impressive outings on Flatiron Health, PillPack, Matterport, Oscar, Mirror, Bark, Bread, and Trello.

In addition to being the first company to write a check to Plaid, BoxGroup was also the first investor in PillPack, which ended selling to amazon for just under $ 1 billion in 2018.

“We want to be the second or third biggest check in a round,” Tisch said. 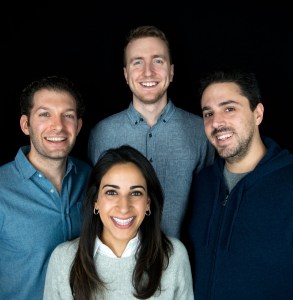 The opportunity fund occasionally makes later-stage investments in startups, but for the most part it only continues to support companies in which it invested in an earlier stage. For example, BoxGroup first invested in id.me in 2010.

“The company is a kind of 11-year overnight success that we’ve been supporting for over a decade, “said Tisch. “It is an example of how we continue to support companies throughout their life cycle.”

BoxGroup also pre-seeded digital healthcare startup Ro, but also funded every round it has raised since then, including the most recent one. $ 500 million financing at a $ 5 billion valuation.

Tisch describes the six-person BoxGroup team as “generalists” in terms of the spaces they invest in, with a portfolio consisting of startups in the consumer, enterprise, fintech, healthcare, market, synthetic biology and climate sectors.

Curiously, Latest BoxGroup fund closings – which amounted to $ 165 million – marked the first time the company accepted outside capital in nine years. Before that time, it had been financed only with personal capital. His LPs are a mixed group of endowments, foundations, and family offices.

For BoxGroup, building authentic relationships with founders is at the root of what the company does, says Partner Nimi Katragadda. That includes betting on the founders, sometimes more than once, even if one of their companies failed. It means endorsing only ideas in some cases and people.

“This cannot be transactional, it has to be personal,” he said. “We want to go on a journey with someone for a decade while they build their business…. We are comfortable with what early means, including many assumptions, more insight tThey have traction and raw product. “

Partner Adam Rothenberg agrees and says, “Our goal is to be the friend in the room. We believe in honesty, tough love, and transparency when building relationships with founders. We focus on the ‘how’ rather than the ‘what’: how a founder thinks, how he will create a product, and how he thinks about attracting talent. “

With offices in San Francisco and New York, the firm is likely to grow in the near future as BoxGroup is looking to add some “top-tier investors,” Tisch said.

Recently, Greg Rosen was named a partner in the firm. Rosen originally joined BoxGroup in 2015, where he spent three years before leaving to join Benchmark. He rejoined BoxGroup in early 2020 and joins the firm’s three other partners: Tisch, Rothenberg and Katragadda.

While the corporate world is insane right now, Tisch said the firm stands firm with a wisdom that can only be gained with experience and time.

“There is seemingly infinite capital waiting to be deployed,” he said. “Without calling the cycle, we know that over time markets go up and down… No matter where we are in a given cycle, smart and determined minds will come together to build major technology companies. Our job is to make sure we meet those founders and choose wisely who to partner with for trips of 10+ years. “