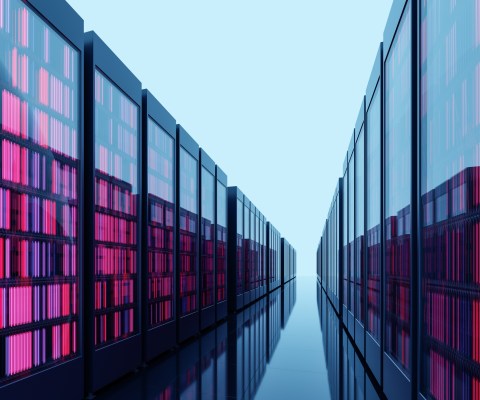 It is often said in baseball that a prospect has a high ceiling, reflecting the tremendous potential of a young player with plenty of room to improve. The same could be said for the cloud infrastructure market, which continues to grow with little sign of slowing down in the short term. The market reached $ 42 billion in total revenue with reporting from all major vendors, $ 2 billion more than in the first quarter.

Synergy research reports that revenue grew to a rapid 39%, the fourth consecutive quarter that it has risen. AWS led the way as usual, but Microsoft continued to grow at a rapid pace and Google also kept the momentum.

AWS continues to defy the logic of the market, actually increasing growth by 5% from the previous quarter to 37%, an astonishing feat for a company with the market maturity of AWS. That represented $ 14.81 billion in revenue for Amazon’s cloud division, putting it close to a $ 60 billion execution rate, good for a leading 33% share of the market. While that share has been fairly stable for several years, revenue continues to grow as the market pie grows larger and larger.

Microsoft grew even faster at 51%, and while Microsoft’s cloud infrastructure data isn’t always easy to pin down, with 20% of the market share according to Synergy Research, that puts it at $ 8.4 billion. as it continues to move forward with revenue above $ 7.8 billion last quarter.

Google also continued its slow and steady progress under the leadership of Thomas Kurian, leading the growth figures with a 54% increase in cloud revenue in the second quarter on revenue of $ 4.2 billion, good for 10% of market share, the first time Google Cloud has doubled. figures in Synergy’s quarterly tracking data. That’s more than $ 3.5 billion last quarter.

After the Big 3, Alibaba was flat during Q1 at 6% (but will only report this week) with IBM dropping a Q1 point to 4% as Big Blue continues to struggle on pure infrastructure as makes the transition to a hybrid cloud management player.

John Dinsdale, Synergy’s chief analyst, says the big three are spending heavily to help fuel this growth. “Amazon, Microsoft and Google together typically invest more than $ 25 billion in capital expenditures per quarter, much of which goes toward building and equipping their fleet of more than 340 hyperscale data centers,” he said in a release.

Meanwhile Canalys had similar numbers, but he saw the overall market slightly higher at $ 47 billion. Its market share was divided into Amazon with 31%, Microsoft with 22% and Google with 8% of that total number.

Canalys analyst Blake Murray says part of the reason companies are moving workloads to the clouds is to help achieve environmental sustainability goals, as cloud providers are working to use more renewable energy to run your massive data centers.

“The best practices and technology used by these companies will trickle down to the rest of the industry, while customers will increasingly use cloud services to alleviate some of their environmental responsibilities and meet sustainability goals,” said Murray. it’s a statement.

Regardless of whether companies are moving to the cloud to get out of the data center business or because they hope to leverage the sustainability efforts of the Big 3, companies continue a steady march to the cloud. With some estimates of cloud usage worldwide at around 25%, the potential for continued growth remains strong, especially with many markets still untapped outside of the US.

That bodes well for the big three and for other smaller operators that can find a way to take advantage of chunks of market share that add up to big revenue. “There are still a lot of opportunities for smaller, more focused cloud providers, but it can be difficult to look away from the staggering numbers emerging from the big three,” said Dinsdale.

In fact, it is difficult to see the ceiling for these companies in the foreseeable future.