Trust reserve, a Denver-based financial services provider, has raised $ 30.5 million in a Series A round led by QED Investors.

FinTech Collective, Ardent Venture Partners, Flywire CEO Mike Massaro, and Quovo founder and CEO Lowell Putnam also participated in the funding, which included $ 17.9 million in secondary shares. It brings the startup’s total raised since its inception in 2016 to $ 35.5 million.

Reserve Trust describes itself as “the first fintech trust company with a Federal Reserve master account.” What does that mean exactly? Basically a The Federal Reserve Master Account enables the Reserve Trust to move dollars on behalf of its clients directly, using wire transfers and ACH payment methods, without an intermediary or partner bank.

Historically, only banks could directly access these payment methods, leaving national and international fintechs “with limited partner options, poor technology, and slow implementations when it comes to incorporating high-value B2B payments,” says the director. Dave Cahill. Reserve Trust touts that its technology and services give businesses around the world the ability to “move money seamlessly through the first cloud-based payment system directly connected to the Federal Reserve,” as it is not limited by systems. legacy banking. 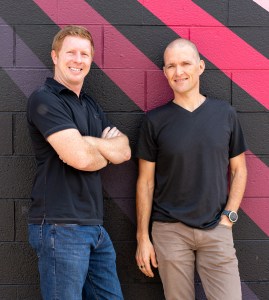 Along with the fundraiser, Reserve Trust also announces that Dave Wright has been named CEO and Cahill has joined as COO. The two previously worked together at SolidFire, a flash storage startup that Wright founded and sold to NetApp for $ 870 million in 2016.

Reserve Trust works with companies looking to incorporate domestic and cross-border B2B payments by offering them the ability to store funds in escrow accounts backed by their Federal Reserve master account.

The history of the company dates back to the global financial crisis. After the crisis, U.S. banks went through a process called despising, which meant they divested businesses that, based on risk performance, were not as strong as other businesses. One of them included handling payments in US dollars, particularly in emerging countries.

“One of the consequences of this is that it became significantly more difficult and expensive for smaller companies and economies to trade and move US dollars around the world,” Wright told TechCrunch. “And the founders of the Reserve Trust saw this opportunity to build a new kind of financial institution that focused on helping provide US dollar payment services, especially to emerging fintechs in markets around the world, and help reconnect those economies with global trade. “

But instead of starting a bank, the founders (Dennis Gingold, Justin Guilder) navigated a previously unexplored piece of regulatory waters to create a state-authorized trust company with a Federal Reserve master account.

“That’s something that has never been done before,” Wright added. “Almost all other trust companies have to work through the banks for all their payment services. The Reserve Trust is the first to have a master Federal Reserve account and can process payments directly with the Federal Reserve. “

The complex process took approximately three years, and in 2018 the company obtained a Federal Reserve master account and began providing payment and custody services in US dollars for fintechs around the world. Reserve Trust started to see strong demand from payment and fintech companies that were struggling to develop strong relationships with partner banks, although there was fundamentally no reason why banks couldn’t work with them.

“They found that working with the banks was a slow process, that it didn’t involve a lot of technological expertise on the banks’ part, and it really inhibited their ability to develop their technology,” Wright said. And that was even here in the US Today, more than half of its business comes from domestic fintech, although Reserve Trust also has a strong international presence.

The new funding will go primarily to helping the company scale to handle what Wright describes as “quite an overwhelming amount of demand” and to develop the equipment, technology and services it needs to address the payment needs of larger fintechs. and fastest growing. worldwide.

“Most of our clients today are small and medium fintechs, but now we are seeing demand for much larger fintechs that have much higher payment volumes and are involved in integrated banking and B2B payments,” said Wright. “They are looking for a stronger banking partner than what they have been able to find in the role of traditional banks.” Clients include Unlimint Y VertoFX, among others.

QED Investors partner Amias Gerety and FinTech Collective director Matt Levinson are optimistic about both the Reserve Trust’s history and its potential.

The pair point to payment giant Stripe as an example of just how far Reserve Trust can go.

“Stripe has significant market share by having merchants purchase and process consumer e-commerce payments,” said Levinson. “B2B payments are significantly higher in terms of volume, so we are talking about more than $ 20 trillion of addressable payment flow. But there is no real tech company that has brought the modern payment platform to market without being in debt to legacy banks. And that is why we are so excited about this business. “

Reserve Trust, he added, is giving companies a way to facilitate B2B payments that “are smarter, faster and cheaper.”

“Despite all the hype around digital payments and infrastructure, there is still no fintech that can offer direct integration with the US payments system,” he said. “With the Reserve Trust, we are creating a critical infrastructure to hold and move payments globally and at scale.”