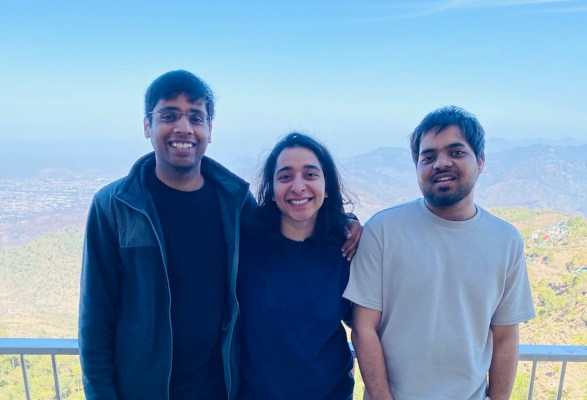 Tech employees create amazing consumer-facing applications for everyone. But for their internal communications, they are stuck using apps that don’t work well with each other.

This is a problem, as most employees in a medium or large company spend a quarter or a third of their days on internal communication applications.

Now, a San Francisco-based startup is trying to develop software that makes it much more convenient to interact with business services.

Rattle is building a collaborative, real-time “fabric of connectivity” to address the isolated nature of modern intelligence and record-keeping platforms, Sahil Aggarwal, co-founder and CEO of the eponymous startup, said in an interview with TechCrunch.

Rattle’s use case extends to more services. You can recognize phone calls and ask people to log you in and take advantage of that opportunity in Slack.

“We started with the Slack and Salesforce integration, and now with its acquisition the idea has definitely been validated. It’s so transformative for companies, ”said Aggarwal, who had the idea for this startup at his previous company when an app he created for the in-house team received great feedback.

The startup, which launched its offering in March, is already experiencing a conversion rate of over 70% among companies that have tried it. Rattle has amassed more than 50 clients, including Terminus, Olive, Litmus, Imply, and Parsely.

After implementing Rattle “[our] lead response time has been reduced by 75% and key processes have been accelerated from days to minutes, ”said Jeff Ronaldi, GTM Operations Manager at LogDNA.

The startup announced Tuesday that it has raised an initial round of $ 2.8 million from Lightspeed and Sequoia Capital India. Amy Chang (Cisco executive vice president and Disney board member), Ellen Levy (first investor in scope), Jake Seid (first investor in Brex & Carta) and Krish & Raman (the founders of the unicorn firm SaaS Chargebee) also participated in the round. .

“Companies around the world are immersed in processes, from sales to marketing, HR, IT and more. With increased digitization and remote work, processes and compliance with them are only going to diverge over time, ”said Hemant Mohapatra, partner at Lightspeed, in a statement. “The Rattle team impressed us with their relentless focus on the most important piece of this puzzle: the people caught up in these processes. Rarely have we seen such intense customer love so early in the life of a company and we are honored to embark on this journey together with Rattle! “

The startup, which charges between $ 20 and $ 30 per user per month, plans to roll out the fresh funds to expand its product offerings, including integrating more business applications.