Farming in a sustainable and efficient way has gone from being a big tractor problem to a big data problem in recent decades, and the start-up EarthOptics believes that the next frontier of precision agriculture lies deep in the ground. Using high-tech imaging techniques, the company claims to map the physical and chemical composition of fields faster, better, and cheaper than traditional techniques, and has raised $ 10 million to scale its solution.

“Most of the ways we monitor soil have not changed in 50 years,” EarthOptics founder and CEO Lars Dyrud told TechCrunch. “There has been an enormous amount of progress around precision data and the use of modern data methods in agriculture, but a lot of that has focused on plants and activity during the season, there has been comparatively little investment in soil”.

While you might think it’s obvious to take a closer look at the things that plants grow from, the simple fact is, it’s hard to do. Aerial and satellite imagery and IoT-infused sensors for things like humidity and nitrogen have made surface-level data from fields much richer, but beyond the first foot, things get complicated.

Different parts of a field can have very different levels of physical characteristics, such as soil compaction, which can greatly affect crop results, and chemical characteristics such as dissolved nutrients and the microbiome. The best way to check these things, however, is to “put a very expensive club down,” Dyrud said. The laboratory results of these samples affect the decision of which parts of a field need to be tilled and fertilized. 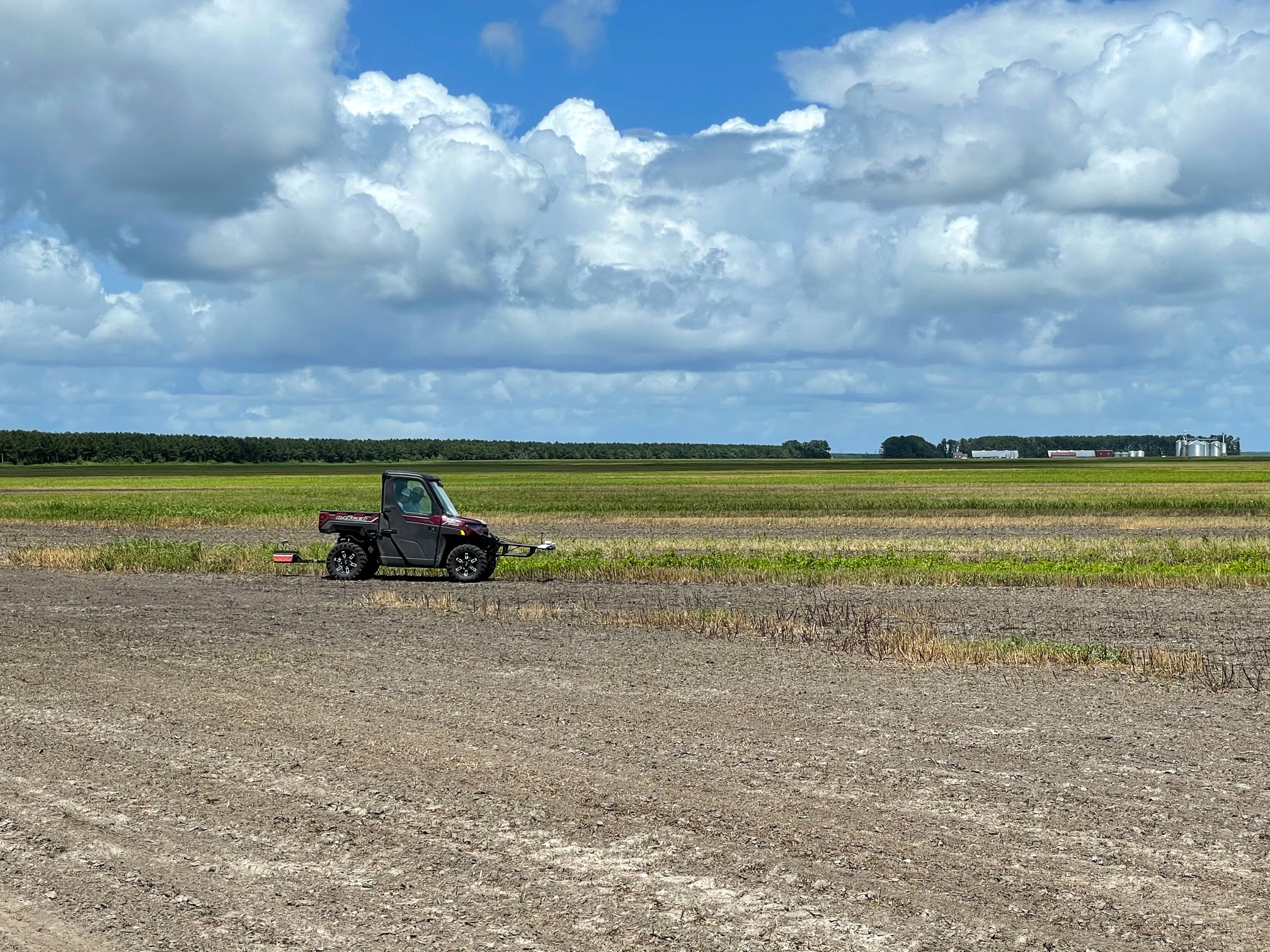 It’s still important, which is why farms do it, but having soil samples every few acres once or twice a year adds up quickly when you have 10,000 acres to keep track of. Many simply grow and fertilize everything for lack of data, investing a lot of money (Dyrud estimated that the US makes about $ 1 billion in unnecessary tillage) in processes that might not have any benefit and, in fact, could be harmful: they can release tons of carbon. who was safely abducted underground.

EarthOptics aims to improve the data collection process by essentially minimizing the “expensive device” part. He has built an imagery that relies on ground penetrating radar and electromagnetic induction to produce a deep soil map that is easier, cheaper and more accurate than extrapolating acres of data from a single sample. 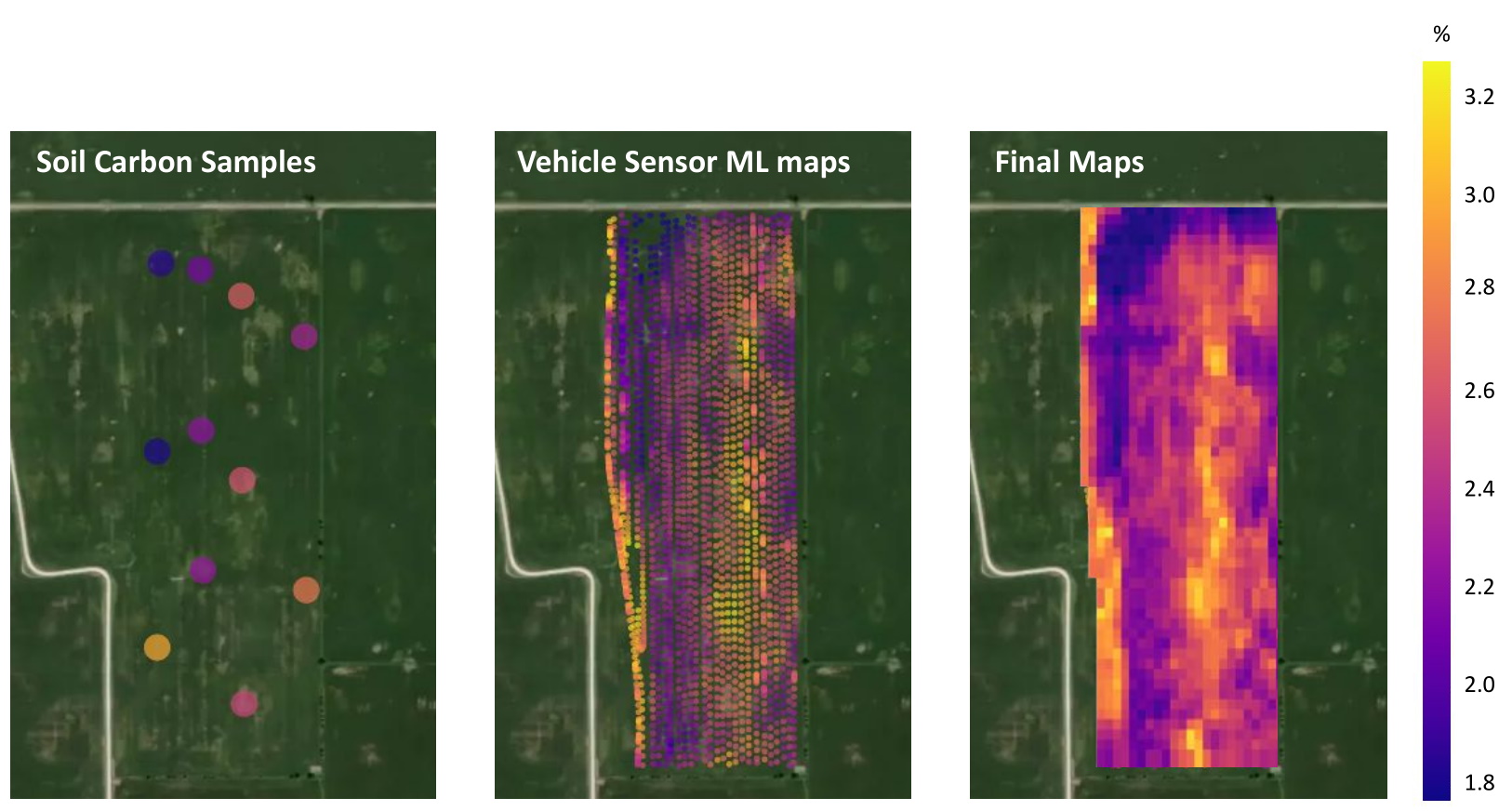 Machine learning is at the heart of the company’s pair of tools, GroundOwl and C-Mapper (C as in Carbon). The team trained a model that reconciles contactless data with traditional samples taken at a much lower rate, learning to predict soil characteristics accurately at a level of precision far beyond what has traditionally been possible. The imaging hardware can be mounted on ordinary tractors or trucks and gets readings every few feet. Physical sampling still occurs, but tens rather than hundreds of times.

With current methods, you can divide your thousands of acres into 50-acre chunks: this one needs more nitrogen, this one needs tillage, this one needs this or that treatment. EarthOptics reduces it to the scale of meters, and data can be fed directly into robotic field machinery like a smart variable depth tiller. 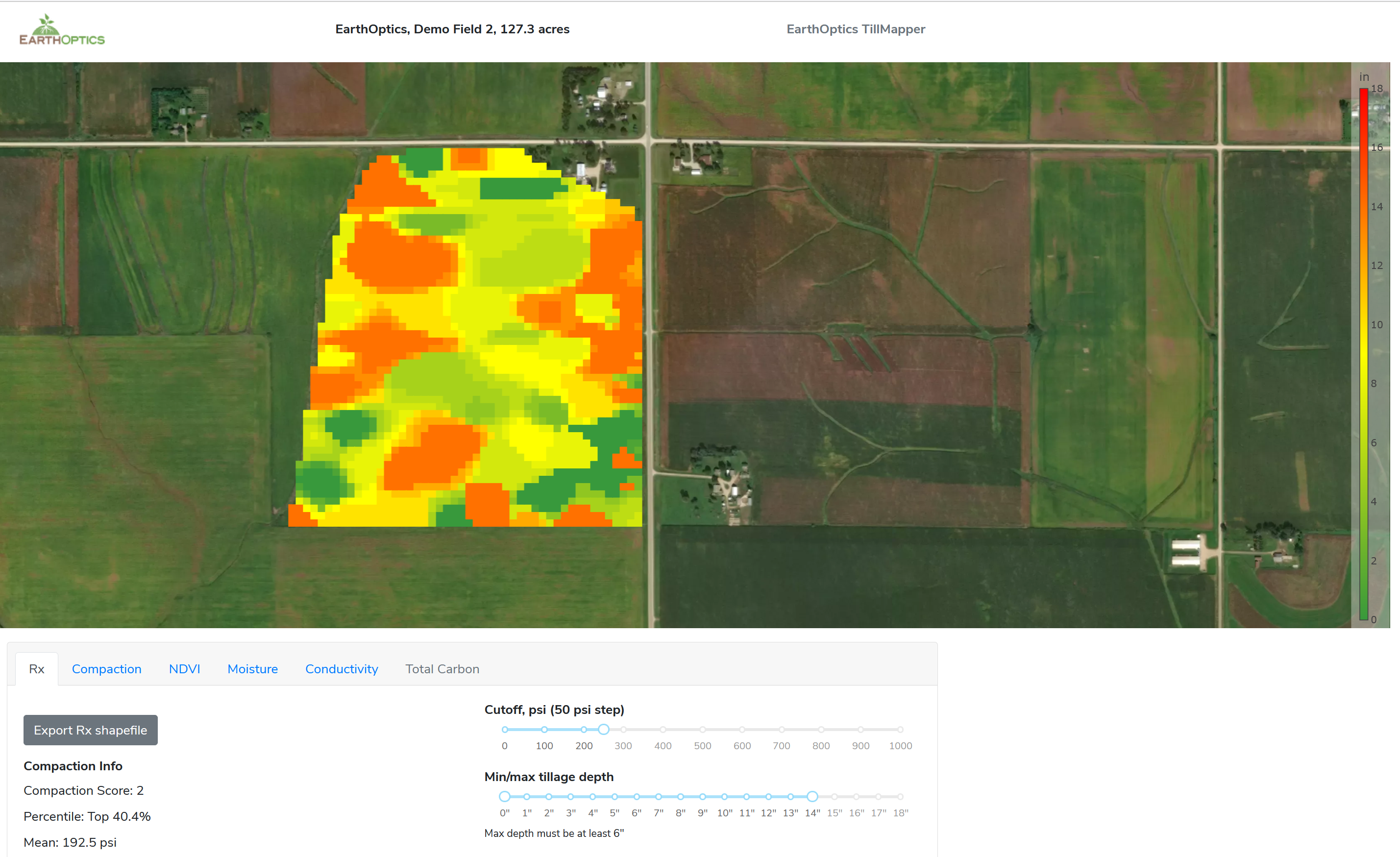 Drive along the fields and you will only go as deep as you need. Of course, not everyone has state-of-the-art equipment, so the data can also be published as a more ordinary map that tells the driver in a more general sense when to farm or perform other tasks.

If this approach takes off, it could mean big savings for farmers looking to tighten their belts, or improved productivity per acre and dollar for those looking to scale. And, ultimately, the goal is to enable automated and robotic farming as well. That transition is at an early stage as teams and practices are refined, but one thing everyone will need is good data.

Dyrud said he hopes to see the EarthOptics sensor suite on robotic tractors, cultivators and other farm equipment, but that his product is largely the data and machine learning model they have trained with tens of thousands of truth measurements of the terrain.

The $ 10.3MA round was led by Leaps by Bayer (the conglomerate’s impact arm), with participation from S2G Ventures, FHB Ventures, Middleland Capital’s VTC Ventures and Route 66 Ventures. The plan for the money is to expand on the two existing products and start working on the next one: moisture mapping, obviously an important consideration for any farm.