The Nordic countries are restricting the use of Moderna’s Covid vaccine. This is why 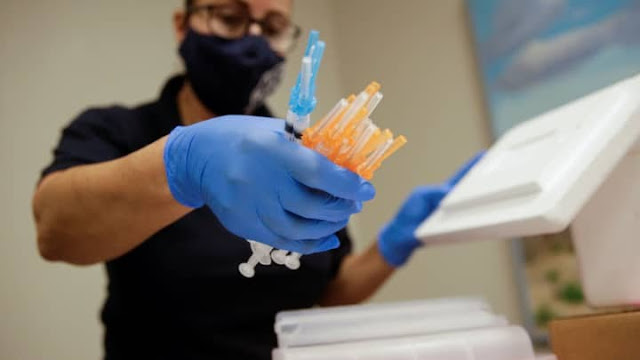 Finland, Denmark and Sweden are limiting the use of Moderna’s Covid-19 vaccine in young people over concerns about rare cardiovascular side effects.

Finland’s national health authority THL announced Thursday that it would stop the use of Moderna’s Covid vaccine in young men. Instead, all men 30 and younger would be offered the Pfizer-BioNTech vaccine, THL said.

THL’s decision followed announcements by its Swedish and Danish counterparts on Wednesday that both would restrict the use of the Moderna vaccine on similar demographics.

In Sweden, the use of the vaccine will stop in people born in 1991 or later, while Denmark is pausing the Modern vaccine in all those under 18 years of age.

What is the problem?

The decision by the three countries to limit the use of the Moderna vaccine focuses on concerns that it could be related to cases of myocarditis, a condition in which the heart muscle becomes inflamed. The three health authorities cited an unpublished Nordic study that had been sent to the European Medicines Agency for evaluation, according to Reuters.

In most cases, people with myocarditis recover without complications, but in some rare and more severe cases, there may be damage to the heart.

Myocarditis was more likely to develop in younger men and boys after receiving their second dose of the Moderna vaccine, according to THL of Finland.

At a news conference on the coronavirus on Thursday, Mika Salminen, THL’s director of health security, said the potential risks posed by the Moderna vaccine appeared to be greater for younger men.

“THL’s instructions are that the Moderna vaccine should not be given to men and boys under the age of 30 at the moment, but the Pfizer vaccine should be used instead,” he said, according to local media reports.

Finland offers Covid-19 vaccines to all people over 12 years of age. Of the population eligible for vaccination in Finland, 84% have received their first dose and 72% have received two doses.

Meanwhile, the Swedish health body said the data suggested that cases of myocarditis and pericarditis, an inflammation of the outer lining of the heart, were highest among young people who had been immunized, Reuters reported on Wednesday.

A spokesperson for Moderna was not immediately available for comment when contacted by CNBC. The company told Reuters that these are “typically mild cases and people tend to recover in a short time after standard treatment and rest.”

“The risk of myocarditis increases substantially for those who contract COVID-19, and vaccination is the best way to protect against this,” the spokesperson added.

Despite the risks associated with immunization for young men, THL’s Salminen said Thursday that it was still important to everyone who was eligible to receive two doses of a vaccine.

According to the US Centers for Disease Control and Prevention, the known risks of Covid-19 and its potentially serious complications far outweigh the chance of having a rare adverse reaction to a vaccine. That includes the potential risk of developing myocarditis.

In August, a US study found that men ages 12 to 17, the demographic most likely to develop myocarditis, were six times more likely to suffer from heart inflammation from Covid-19 infection than from be vaccinated against the virus.

Meanwhile, an investigation by Imperial College London in March found that half of hospitalized patients with severe Covid cases were left with heart damage.

According to the US CDC, most cases of post-vaccination myocarditis occur after a second dose of Pfizer-BioNTech or Moderna vaccine in male adolescents and young adults. Symptoms, including chest pain or tightness, shortness of breath, and heart palpitations, usually occur within days of vaccination.