A home cinema game-changer? How Devialet Dione brings a cinematic experience to an all-in-one device. 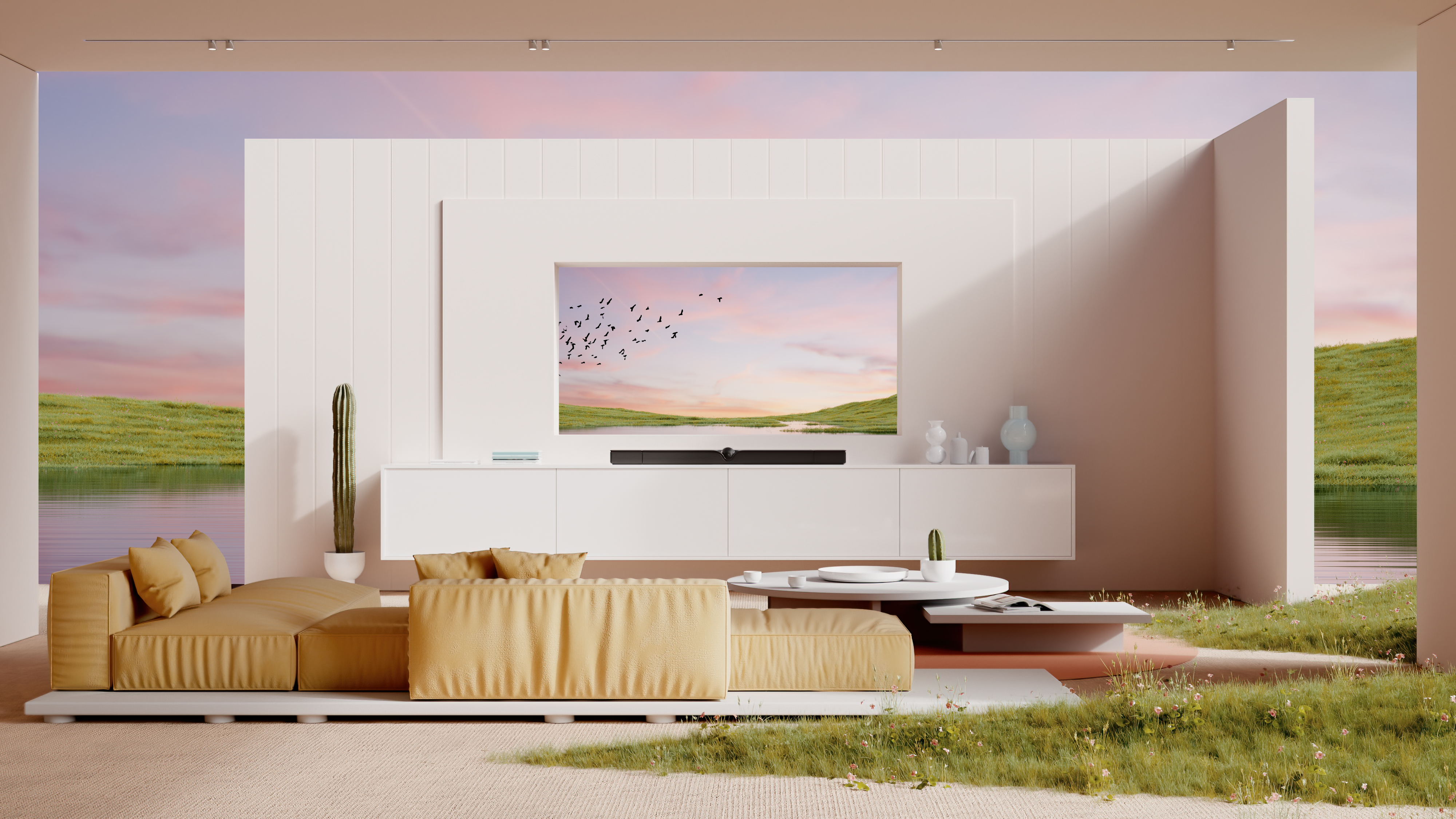 The newest innovation from audio pioneers Devialet is a soundbar which delivers immersive, high-quality sound in a compact plug-and-play design.

Devialet Dione boasts a spheroid center channel designed to swivel for just the right placement. It looks good too, offering a size-to-performance ratio that is best in class.

But it’s the technology behind Devialet Dione that makes it a potential game-changer in the immersive soundbar market.

The soundbar combines high-end sound and cinematic immersion which requires no additional components.

The idea, the company says, is to put high-quality sound at the center of people’s lives to enrich just about every aspect of it. It’s a bold mission. But what’s under Devialet Dione’s hood helps the company hit that ambitious mark.

Devialet Dione has 17 drivers on board. That includes eight subwoofers in push-push configuration, meaning that they fire in opposite directions to cancel out vibrations. The subwoofers also leverage Devialet’s patented Speaker Active Matching technology to reproduce accurate, powerful bass without extra subwoofers.

Nine full-range drivers make up the central and side channels with beamforming capabilities to direct sound throughout the room.

Devialet Dione also adjusts to its location, meaning there’s no need to compromise sound quality because you want to hang it on a wall instead of placing it flat on a TV stand. Either way, the ball-shaped center channel swivels to face forward, and the other channels shift function to fire appropriately as well.

It adapts in other ways too.

Devialet Dione features Adaptive Volume Level technology which is Devialet’s dynamic equalizer. It harmonizes low sound levels in real time to deliver a better viewing experience. It means movie scenes don’t ‘bounce’ from too quiet to too loud, while it also fixes quiet or unintelligible dialogue in action scenes.

When you want to watch movies, you can keep Devialet Dione in cinema mode for fully immersive sound that puts you in the middle of the action. But when you want to play music, Devialet Dione’s stereo mode creates room-filling sound that brings every high, low, and mid-range note to life. And when you stream music in stereo, the soundbar automatically engages music mode for ease of use.

In other words, Devialet Dione can do music as well as movies, making it a true all-in-one device.

To find out more, visit devialet.com